This article is part of a multi-part series that explores how innovation and technology are shaping the future of Canada’s oil and gas industry. The articles both stand on their own and also form part of a larger connected narrative that links important themes such as cleantech, collaboration, sustainability and economic development. In this first article, editor Deborah Jaremko dives into the story of Acceleware, where entrepreneurs believe they have the ‘holy grail’ of enhanced heavy oil and oilsands production. 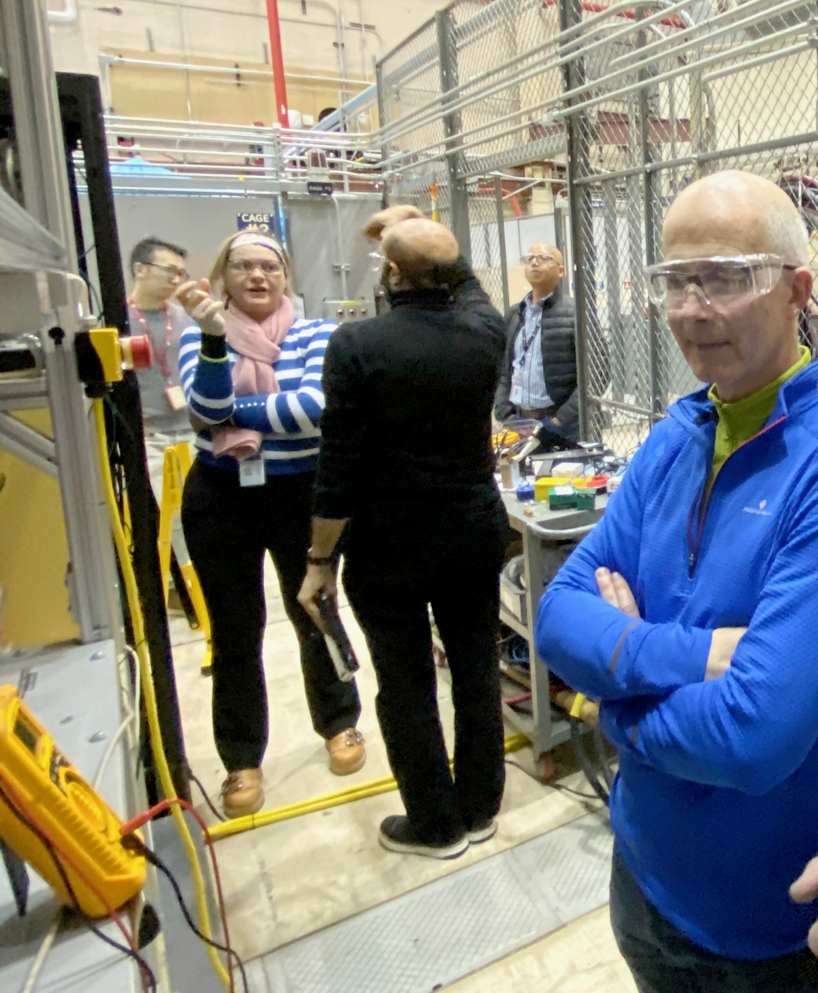 It’s no easy task to convince oilsands producers to experiment with a new technology, but that’s what Mike Tourigny and the team at Acceleware work on every day.

The company is advancing its radio frequency technology toward its first field test as interest grows in its demonstrated potential to dramatically reduce costs, water use and GHG emissions.

“It’s about excitement and change; the ability to have an impact that can move mountains,” Tourigny says. “The challenge is getting it into the ground. We are completely ready right now.”

Acceleware estimates its system, called RF XL, will reduce capital and operating costs of heavy oil and oilsands production by at least 40 percent compared to SAGD while eliminating water use and reducing GHG emissions by 25 – 100 percent, depending on the source of electricity.

The company’s story starts with software development. In 2004 at the University of Calgary, applied computational electrodynamics and RF expert Dr. Michal Okoniewski and three colleagues were working to develop a new medical imaging technology to detect breast cancer.

“We were using the fastest supercomputer in Alberta and it was way too slow. Then we started to think about using graphics processing units (GPUs) to branch out to do some computation,” Okoniewski says.

“We started typically in a basement somewhere and we got a couple of more guys working with us; people would sleep in the office, you know, the standard sort of story of a high-tech startup.”

What changed Acceleware’s trajectory is that early on it approached Santa Clara, California-based technology company NVIDIA with its idea to use GPUs for non-graphics applications, Okoniewski says, and “they were super interested.”

With investment and support from NVIDIA, Acceleware pioneered the use of GPUs as a computational platform. Its first product, called AxFDTD, continues to be sold to many Fortune 500 companies such as Blackberry, Samsung, LG, Nikon, Merck, Boeing and Lockheed Martin, and has since been integrated with CMG STARS to complete RF heating simulations.

“Things were developing really rapidly at the time; it was sort of on a classic Silicon Valley path. The selling point on our software was that what you could compute overnight before, you could do over coffee now because it was 50 times faster,” Okoniewski says.

“Then the 2008 financial crisis happened, and we got almost killed. The existing executive group was essentially let go and I was tasked to take the company through this tough period. We reduced the size of the company from about 80 people to about 20.”

“At the same time we realized that since we are in Calgary and there is so much understanding of oil and gas here, that we should really start to look into applying the things that we’ve come up with to the oil and gas space. We used the same ideas and the same technology to develop seismic imaging software.”

In 2010, Acceleware’s expertise in electromagnetic modelling software and seismic analysis drew the attention of a U.S.-based supermajor oil producer, Okoniewski says. That company had tested electromagnetic heating for heavy oil production in California, but had not found success.

That company is believed to be Chevron, based on a patent filed by Chevron in 2015 for an underground hydrocarbon extraction system using RF heating, in which Okoniewski is listed as an inventor.

The unnamed company “tasked us initially with a very challenging problem. They had done some experiments, and all those experiments had failed. They didn’t tell us how they failed, but they had us run simulations - do a post-mortem if you will - and find out where it would lead.

“It turned out the software we developed with CMG and the knowhow we had acquired showed results that matched what they had experienced in practice, so that perked up their interest and we started a very interesting collaboration on trying to come up with the next generation of enhanced oil recovery based on electromagnetic heating.”

Industry was approaching the concept “all wrong,” Okoniewski says. Tests of RF heating up until that point used RF generators that were very expensive and inefficient at converting electricity to RF energy. That was further complicated by the use of complex materials and components that were not able to survive deployment and operation in an oil reservoir.

“They were coming at it from the point of view of either reservoir simulation guys ignoring what electrical engineers were doing, or alternatively, electrical engineers were driving the thing, ignoring the experience of the oil operators who had been in business for years. We needed to go back to the drawing board and start with economics; come up with an idea how to do it in a way that is economically sound, but also as simple as possible.”

Around that time the Acceleware team came across transistor development at GE, and that was the beginning of RF XL technology as it stands today.

In 2016 Acceleware made a key move by partnering with GE, adopting the company’s silicon carbide semiconductor as the core of its RF XL converter platform. Okoniewski believes it will increase efficiency to as much as 99 per cent versus the roughly 70 per cent he says is typical of communications-based RF generators previously used for RF heating applications. Acceleware and the team at GE have now completed and field-tested the first RF XL generator based on the silicon carbide platform.

“RF XL changes how you deliver RF energy. Instead of a dipole antenna, it changes everything around the physics of what it is actually doing and where the energy goes. On top of that, our software helps us to refine the design and efficiency of the system,” Tourigny says.

The partnership with GE was well received by the market, which enabled Acceleware to secure funding to continue, he says. The company conducted a 1/20 scale test in 2017, which provided a general proof of concept and validated many of the design components.

The Alberta Energy Regulator issued approval for the Rigel project in June 2018, but it has yet to receive the go-ahead from the provincial government. Correspondingly, Prosper’s regulatory application to test RF XL at Rigel has been delayed. In response, Tourigny says Acceleware is “aggressively exploring other opportunities” to provide a plan that would allow the pilot test to proceed in 2020.

The case for proving out RF XL is that it not only has potential to significantly reduce the environmental impact of heavy oil and oilsands operations, but also improve economics, says Okoniewski.

“If we can deliver oil at much lower greenhouse emissions and at the same time make it more economically viable…that’s the only way that people would actually go into this technology…but even in this case this industry is so incredibly conservative, and there is such huge inertia, that even with those benefits you find resistance in the industry to actually go and play with it,” he says.

“As with any new technology, it’s not going to be widely accepted until it is proven. We’re getting there, the momentum is building, but we will not convince anybody until we produce some oil. We just need that opportunity.”

Acceleware’s growing bank of science and test results points to success for RF XL, and the company is determined to get in the ground in 2020 to get that proof.

Next up: Inside RF XL technology - The path to producing oil using electromagnetic heating.